Inside the Lit World of Litquidity: An Interview with the FinTwit MVP

Dr. Parik interviews the one and only @litcapital about his backstory, expanding the Litquidity brand with a new podcast, and (naturally) dank memes. 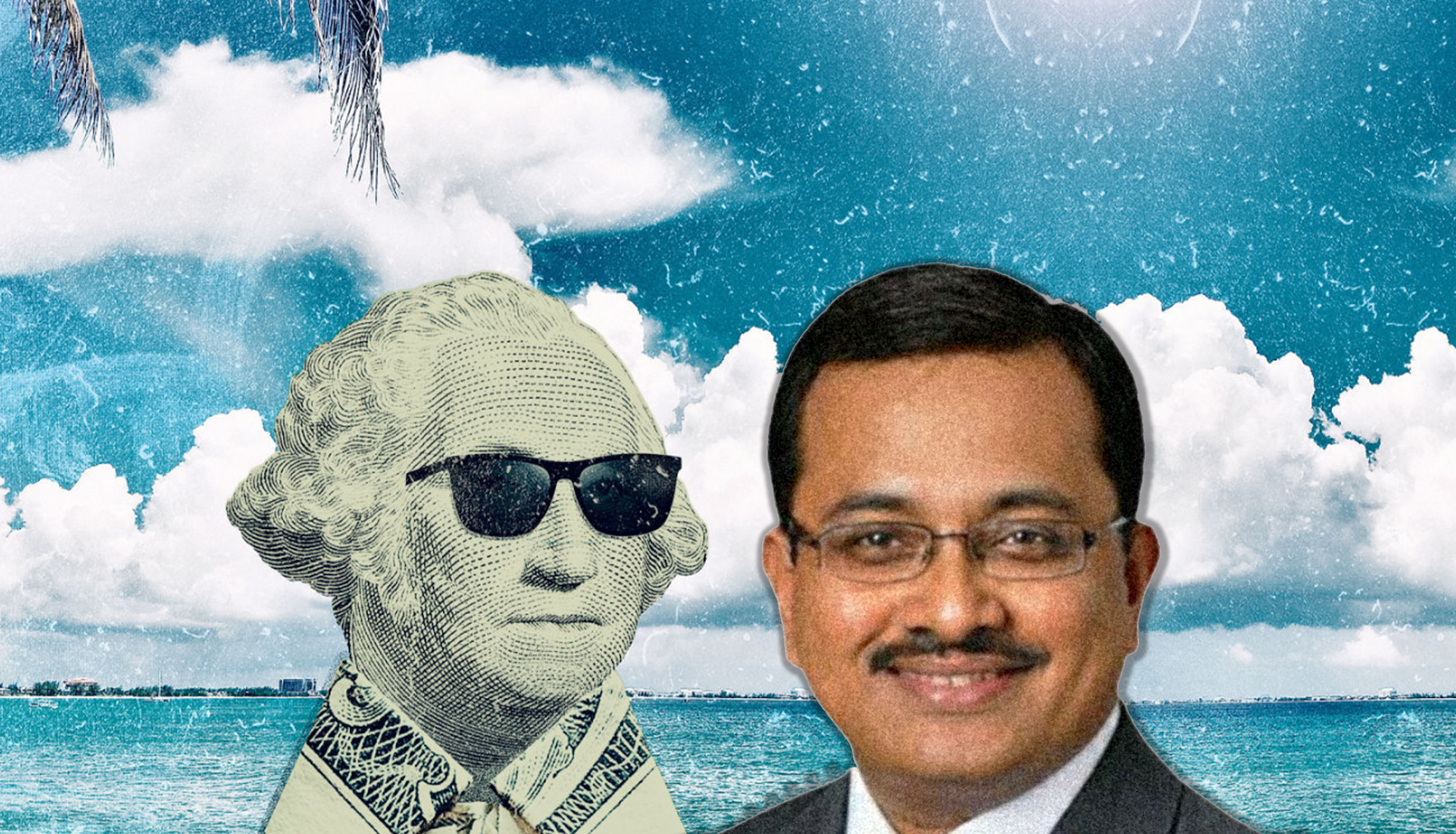 I’ve been told that I have a particularly special insight into the world of finance and memes, so I decided to set up this newsletter to share my thoughts on the latest news, memes, and everything in between! Expect a newsletter at least twice a month, and follow me on Twitter for more updates and daily musings.

For this week’s newsletter, I interviewed the one and only Litquidity, aka @litcapital. Lit is one of the top GOAT finance-meme personalities, with his Instagram and Twitter accounts racking in nearly 800,000 followers combined. His finmeme empire doesn’t stop there, though.

Lit has taken it upon himself to disrupt the newsletter game with his immensely popular Exec Sum, and recently dropped a new podcast, brilliant called Big Swinging Decks. Lit is so influential that his every move warrants news coverage; New York Magazine called him the “Meme King of Wall Street,” and Bloomberg recently covered his hire of Mark Moran, a former IB associate at Centerview Partners and reality show contestant on FBoy Island (now, that’s a resume!).

I’ve been following Litquidity for years — well before Dr. Patel was born — and wanted to get to know the man behind the memes. So here it is… an interview with the legend himself, where we discuss everything from Lit’s motivations and backstory, to what the online icon has his eyes set on next. 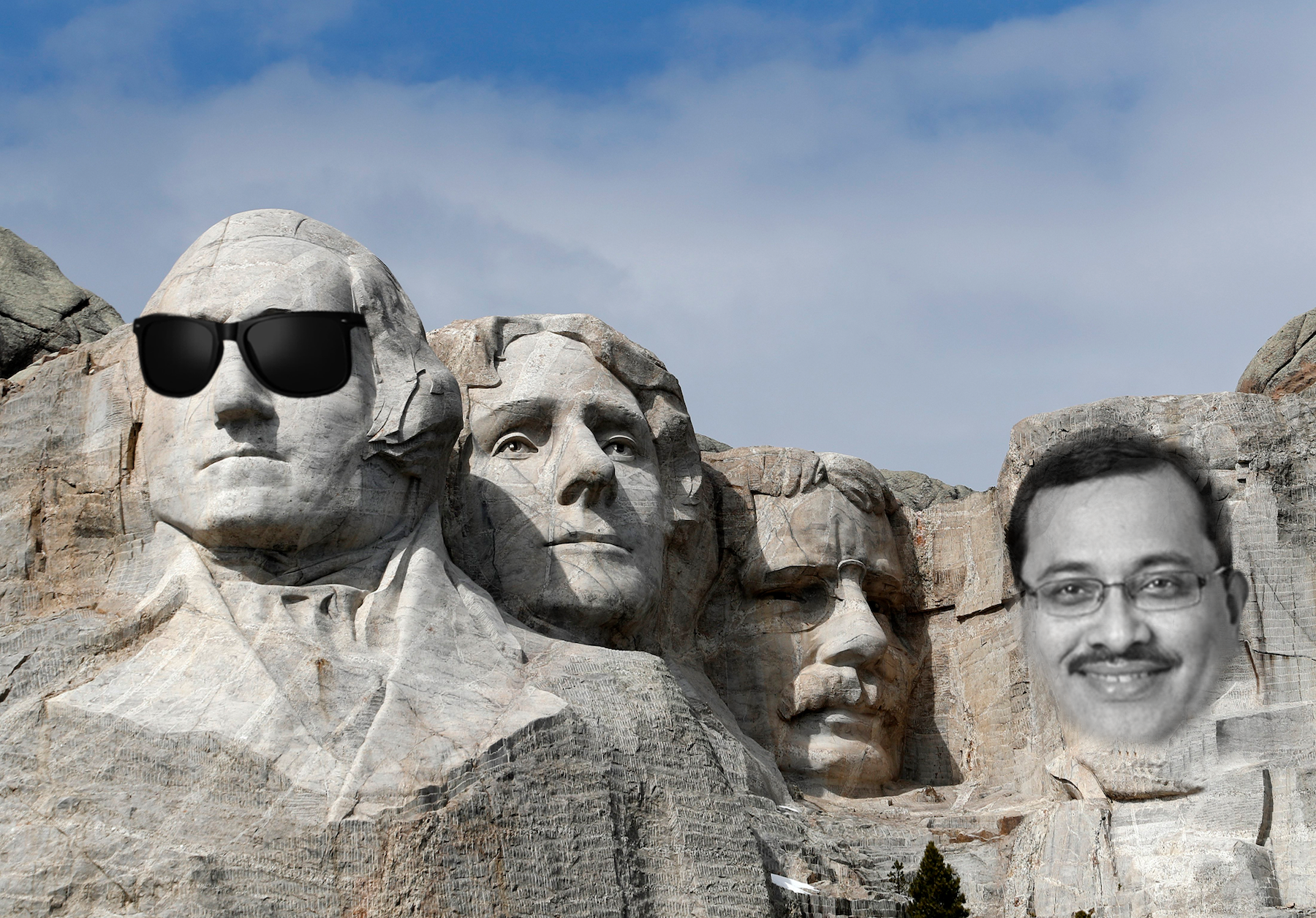 Dr. Parik: Can you talk about how Litquidity came to be? Was there an initial spark or motivation to start posting? Why did you decide to be anonymous?

Litquidity: Back in college, I was a big fan of Total Frat Move and loved how it satirized the Greek scene through self-deprecating humor. The idea for Litquidity came to mind after I interned at an investment bank the summer after my junior year. I had no idea how to make a website and was heading into the workforce, so I shelved the idea until a few years later when Instagram (and its meme community) was growing rapidly.

When did you first create the account, and how long before you felt it really developed its groove and voice?

I created it in March 2017 at a pregame with some friends. I was sauced and somehow the idea I had back in college came up and I was like, “Fuck it, I’ll make an IG account and post memes.” This was also around the time when I had learned about EBITDAD’s existence on Instagram and was hooked on the memes, as it was so niche but also relatable to the life I was living.

It took a few months for me to find a groove with Litquidity. The hardest part was trying to figure out the frequency of posting content and what I was gonna meme about on a given day. Over time, the voice, the brand, and the humor was honed in. It’s exactly what goes on in my brain, so it’s not too hard to stay true to the brand.

How would you describe the humor of Litquidity to someone who’s unfamiliar with the account? Or how about an example of a Lit meme that encapsulates the overall vibe of the persona?

I would call it witty humor that pokes fun at Wall Street and Silicon Valley through self-deprecating, incredibly observant memes.

How do you come up with your meme ideas? Do you usually have a good sense of how well a meme will perform before posting?

Memes come through various forms of inspiration: a viral “template” (image, tweet style, video clip, major event, etc.), something incredibly annoying / frustrating I'm going through, discussions with friends, etc. It's all about ultimately relating it to my lifestyle and/or profession

I like to think I know how memes will generally perform, and you can get a pretty good sense about IG performance in the first 5-10 mins of posting something — think of it like run-rating a stabilized like count.

Twitter is different because a couple of retweets from big accounts can drive a lot more engagement and, on the flip side, people are more likely to scroll past and not engage if you slightly stray from your “core content” (even more so than IG).

Do you have an all-time favorite tweet from someone other than yourself?

I dunno who said it first but “You’re telling me a shrimp fried this rice?” lives rent free in my head and never gets old.

What is the best way to get a famous person’s attention (and response) online?

You either troll them until they block you or comment / tag them in something they’re passionate about. There are some threads out there about how to “optimize Twitter beef to drive engagement” (cringe af and iykyk) but it low-key works...

If you could get a RT from anyone on Twitter right now, who would it be and what sort of content would you want them to signal boost?

Either Elon Musk because he is the ultimate engagement hack (that’s why everyone simps in his comments), Nancy Pelosi embracing the hedge fund memes about her and her husband’s trades, or Bernie Sanders roasting me.

“Well you can tell Elizabeth Warren that Jerome Powell isn’t going anywhere. Not my fault her portfolio isn’t appropriately hedged”

Within the FinTech and FinTweet space, whose account makes you groan the most? For example, this tweet from @RampCapitalLLC about muting Robert Reich still makes me laugh.

There are two subsets of groaner accounts: (1) the "gurus" and (2) the pompous buy side anon accounts who think they're the smartest guys in the world.

The "Pompous Buy Side Assholes": They typically have between ~1-9k followers and define their whole personalities around their specialities. Their bios read like "special sits / rx. thoughts my own"; "distressed credit, [~witty one liner~]"; "vol trader, ex-global macro strategist, 20 years experience, retweets not endorsement."

They're Karens with no sense of humor. They post Bloomberg Terminal screenshots with vague takeaways. Y'all know who they are when you see them. These are my favorite people to troll because I used to work with them and they would make me groan constantly in real life, too.

What’s the best perk of being famous on social media? What about the worst part of getting so much attention?

I don’t consider myself famous. As one of my reply guy trolls once said, I am a “terminally online virgin D-List Celebrity.” But one of the best perks about having an audience is the ability to ratio said trolls in a matter of minutes or seconds.

It’s good to know that my content relates with many individuals, and I guess a perk is feeling like I’m providing some sort of stress relief to those in need of a laugh. That said, I’m obviously not relieving stress to those who can’t take a joke or get triggered lol.

The worst part of getting attention is people start to project their own ideas and insecurities onto what I say. For example, I routinely get called an alt-right racist, bigot (insert the rest of the word-salad insults) AND also a libcuck or soyboy. It’s funny and doesn’t bother me much, but sometimes you gotta try to preserve the brand perception and not let people define / warp who you truly are and what you represent. 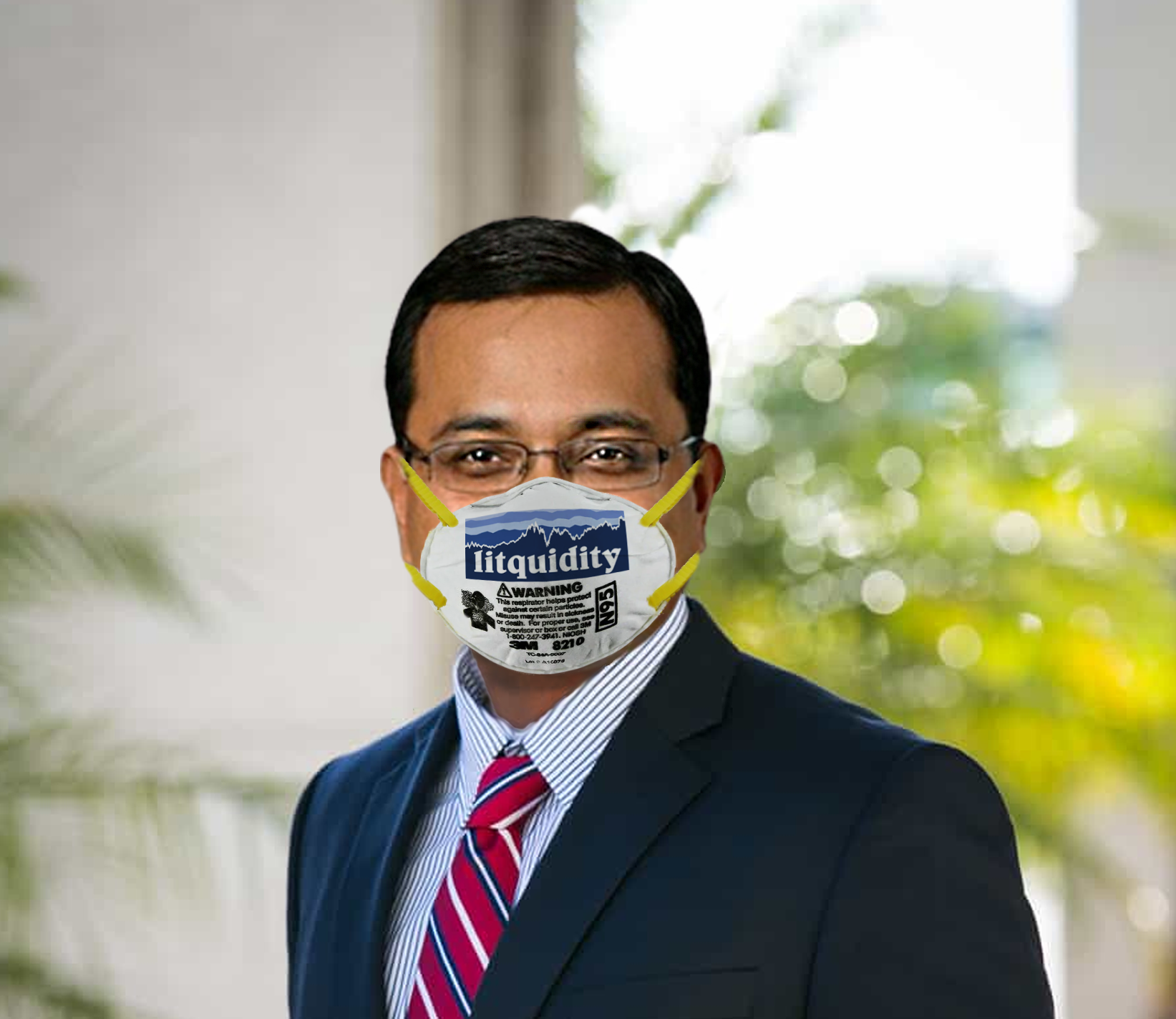 Litquidity currently offers a variety of memetastic merch — from dad caps to coffee mugs. Which merch item is your most popular?

The most popular items have to be the “Litigonia” tee that we printed exclusively with Yellow Label Merch; the Litquidity Fleece vest in collaboration with Rhone; the Supply Chain Ugly Christmas Sweaters (instant classics given the relevance this year), and the Lehman Brothers dad hats.

Soon, I’ll have Litquidity sticker sheets offered in the Bullish Studio store, so stay tuned for those!

I noticed that Rich Handler, CEO of Jefferies, often comments on your Instagram posts. How did that relationship come to be? Are there any other famous CEOs who are fans of your memes?

Rich and I go way back (read: ~3 years) when I posted a meme of a guy going HAM on the dance cam of a Houston Rockets game. His kids are also active on social media, and I believe they helped him embrace being an online guy.

A few other notable followers are Michael Dell (which BigTechAlerts picked up recently), Dan Loeb, Barry Sternlicht, and more. Don’t want this to turn into a “weird flex but ok” thing. Oh and Tiesto, met him in Brooklyn this past Halloween and we chatted about what he’s invested in lol.

You’ve recently hired Mark Moran, a former investment banker and reality TV star. What will Mark’s role be on the team, and how do you see the Litquidity brand evolving over the next 5 years?

As employee #1, Mark will have no choice but to wear 50 different hats. He’s gotta be a Swiss Army knife. But he’ll primarily be focused on developing growth strategies and new initiatives to expand the brand beyond social media, merch, and newsletters.

We see Litquidity staying true to its ~high finance~ witty humor but expanding into other areas such as live events, television, and more. Not gonna give y’all the full deck of cards without an NDA in place ;)

Oh, we also want to build “Litquidity Capital” into a larger capital allocator. At the moment, I’ve been investing selectively into exciting early stage startups in the fintech, SaaS, D2C consumer, web3 / DeFi, and creator economy verticals, but there are much larger ambitions. The groundwork is being laid out at the moment, and we’ll make a splash once it’s revealed.

Can you talk about the podcast you’re doing with Mark called Big Swinging Decks? What is the scope of the show and what can you tell us about it? Who are some of the initial guests and how does the project expand on the Lit universe?

That’s correct, the name is a play on the term “Big Swinging Dicks” from Liar’s Poker. At a high level, the show is gonna be loosely formatted like a pitchbook where we have an intro, a guest interview, and perhaps an appendix. Depending on the content each week, we may add more sections.

We’ll be touching upon the most relevant market news, the happenings on Wall Street, and even addressing rumors / intel coming from inside the firms. All anonymous, of course. My voice will be masked, but Mark’s will be unaltered.

We’ve recorded a few guest interviews already but don’t want to give out any surprises. They’re a mix of industry executives, meme gods, professional athletes / musicians, startup founders, and more. We’re excited and think we can create a fun, engaging conversation with our unique voice.