Elizabeth Holmes Found Guilty, Bezos Had a NYE Bender, and More Viral News to Kick Off 2022

It's a new year, and Dr. Parik is back with plenty of viral news stories to diagnosis... with memes, of course

Expect a newsletter at least twice a month, and follow me on Twitter for more updates and daily musings. For this week’s newsletter — my first to drop in 2022 — I’m going to highlight some piping hot news bytes, analyze what went down, and then showcase some viral memes related to ‘em. Yes, Dr. Parik’s Meme Diagnosis is back and more powerful than ever. Let’s dig in.

The Elizabeth Holmes Verdict: Theranos Founder Is Guilty on Four of 11 Charges in Fraud Trial

— via The Wall Street Journal

Welcome to 2022, part three of the 2020 trilogy. In the spirit of the last couple years, the opening scene of 2022 featured a bang with none other than Elizabeth Holmes, founder of fraudulent blood testing company Theranos, being found guilty on four of 11 charges relating to wire fraud. Founded back in 2003 by 19-year old Stanford dropout Elizabeth Holmes, Theranos claimed to be able to perform blood tests requiring very small amounts of blood in record time thanks to, you guessed it, “proprietary technology.”

In what is probably one of the greatest (and least ethical) heists of the 21st century, Holmes modeled herself on Steve Jobs, even sporting the classic black turtleneck, to swindle investors out of $700 million cash, with Theranos reaching a peak valuation of $9 billion in 2014. Featured on magazine covers and touted as the youngest female “self-made billionaire,” Holmes was the darling of Silicon Valley… until she wasn’t. A year later, two scientists and an investigative journalist from the Wall Street Journal burst the bubble after questioning the validity of Theranos’ technology, and in 2018 Holmes was officially charged with fraud by the SEC.

Enron… Wirecard… Theranos… The 21st century has had some pretty memorable fraudulent companies. Many have tried to argue that the example of Theranos is emblematic of Silicon Valley’s delusional optimism and lack of oversight. But for every Theranos, there are 100 other promising companies that have changed the world and created billions of dollars worth of value for investors and consumers. AirBnB, Stripe, Uber, Facebook, and hundreds more. So is Theranos just a “bad apple,” or is its fall from grace indicative of larger institutional issues with the tech and startup landscape?

I can fix her

Elizabeth Holmes has truly united the nation around her guilty verdicts

Earlier this week (before all of our portfolios got clapped by JPow), Apple hit a market capitalization of $3 trillion, becoming the first company to do so as the share price hit $182.86. Apple’s stock hasn’t just beaten the market, it’s absolutely crushed it — with its valuation tripling in less than four years and analysts seeing considerable room to run. The company’s peers aren’t far behind either, with Microsoft (which briefly overtook Apple as the world’s largest company) trading at a $2.4 trillion valuation, Alphabet (aka Google but you want to sound smart) at $1.9 trillion and Amazon at $1.7 trillion.

Despite selling iPhones and other discretionary goods, Apple has been one of the pandemic’s biggest success stories, with the share price more than doubling from pre-COVID levels as the company has continued to show stellar growth across all product categories. And analysts still see room for growth — Morgan Stanley analyst Katy Huberty raised her Apple price target to $200, arguing that new product offerings such as AR and VR are yet to be baked into the share price.

Now I disagree with the notion of price targets (more on that in a future post), but if you’d simply bought and held Apple over the last decade, you would be very rich today. But there were periods where the stock was hard to own. From April 2015 to 2016 Apple shed 30% of its value, and analysts were downgrading it across the street. But if you’d sold, you would’ve missed out on 450% gains since. The key message here is that investing is hard, but really knowing what you own, having a thesis, and having a longer-term time frame can keep you from making bad decisions.

Apple is worth $3 trillion and they don’t even make any cars. This is the new economy. 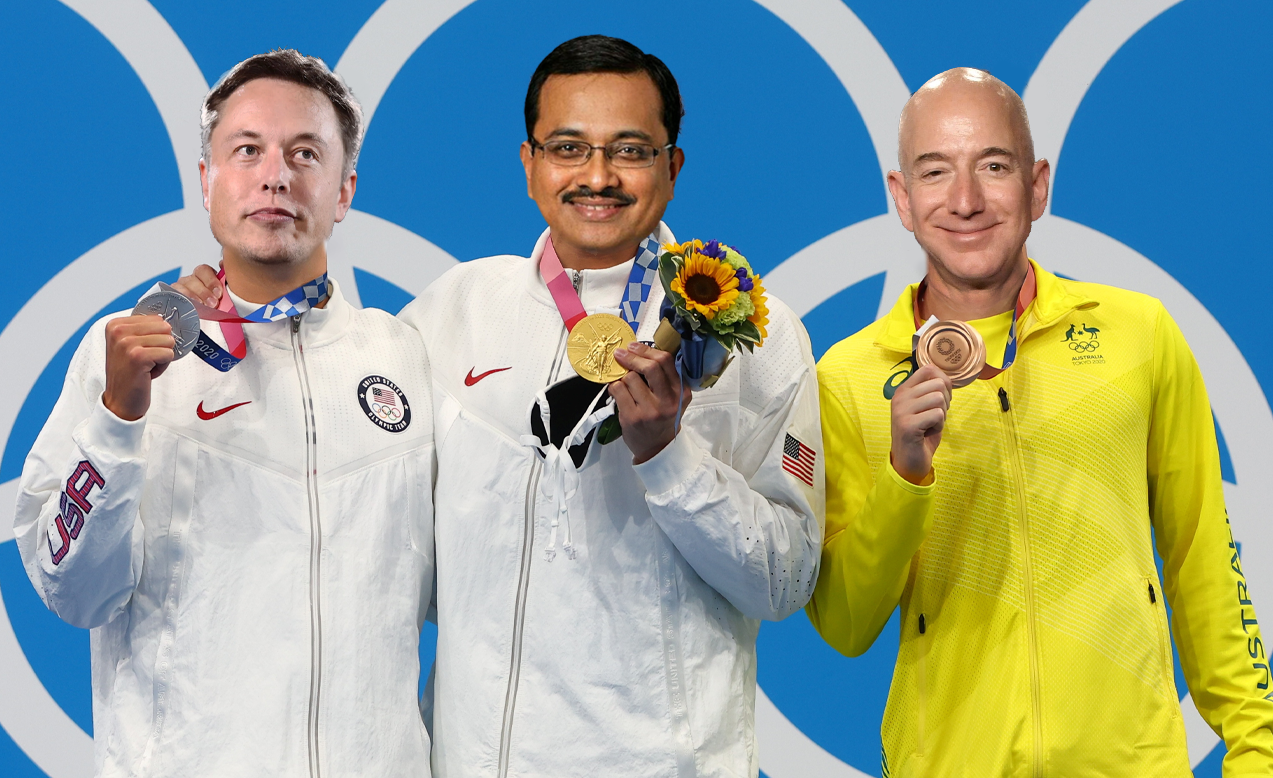 Now I’m not one for gossip, especially when it comes to D-list celebrities. But when the subject involves Jeff Bezos, I am not ashamed to admit I kinda care. The founder and former CEO of Amazon was captured living his best life on New Year’s Eve, posting a picture with his new partner, the entertainment reporter and news anchor Lauren Sánchez, as well as her ex-fiance Tony Gonzalez (that must have been awkward…). The two of them were spotted during the holiday period showing plenty of PDA, with Bezos flexing his newly built body on his yacht in St. Barts.

It seems like Bezos is truly making the most of his time after stepping down as CEO of Amazon in July of 2021, handing the reins to Andy Jassy, his right hand man and former head of Amazon Web Services. It also appears as if Bezos has truly moved on from his marriage with Mackenzie Scott. The pair announced their divorce in January 2019 after 25 years of marriage, with rumors circulating that Bezos was having an affair with and sexting (yes, even at that age) none other than Lauren Sanchez. I have no lessons to impart from this story, but I wish Bezos, Sanchez, and their $200 billion well.