The FinMeme Doctor is skeptical that inflation is really "transitory".... 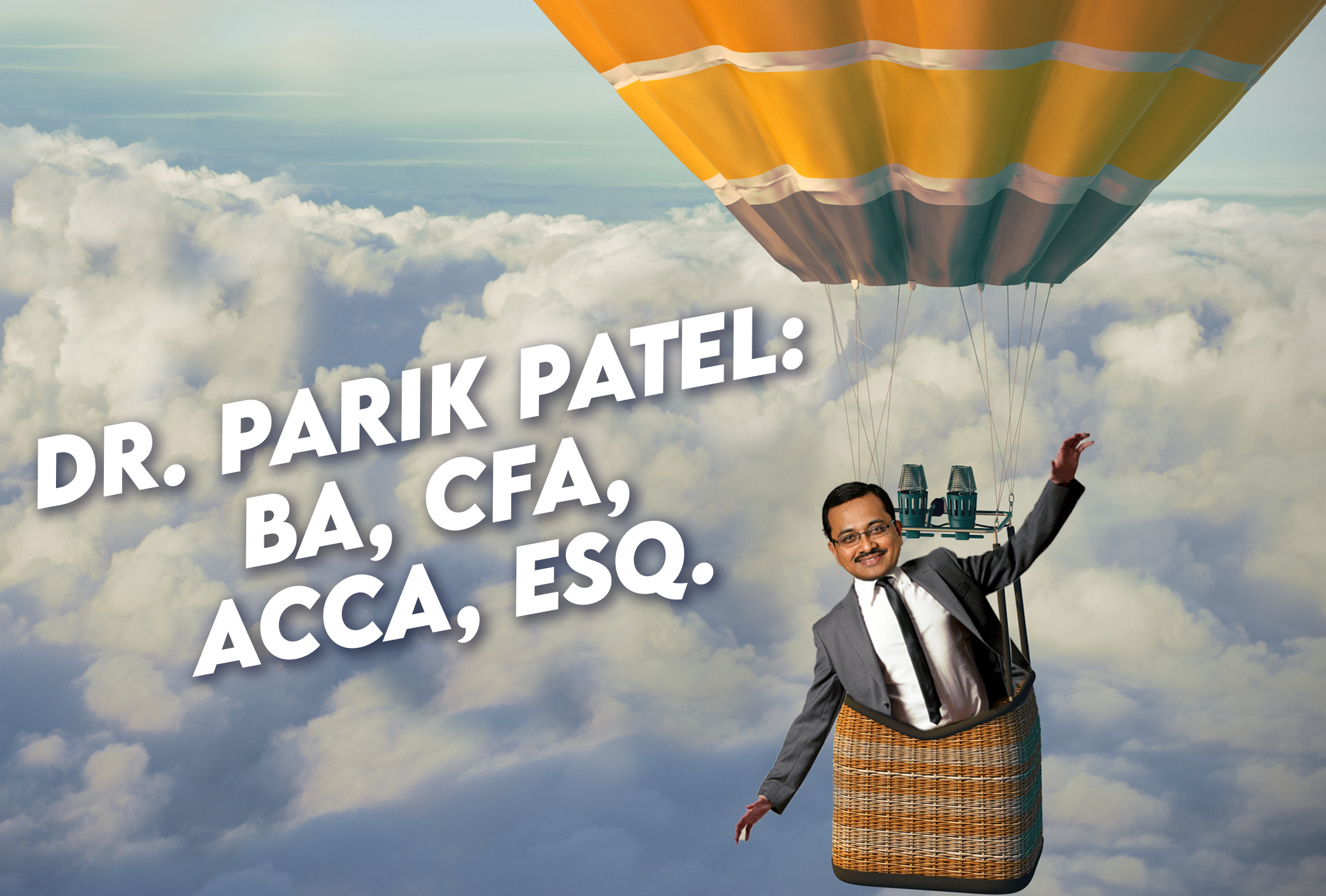 Expect a newsletter at least twice a month, and follow me on Twitter for more updates and daily musings. For this inaugural newsletter, I’m going to highlight some recent news stories that caught my eye and offer my take on each.

(Side note: Don't forget to check out my apparel and goods over on the Bullish Studio Store. Most items from our first drop are sold out, but we'll be sharing fresh gear in the near future!)

U.S. consumers’ expectations for inflation continued to rise in September amid elevated price pressures, according to a Federal Reserve Bank of New York survey.

Just like my illustrious mustache, inflation seems to be hotter than ever. The U.S. Labor Department reported that consumer prices rose 5.4% YoY, the highest point since 2008 and way above the Fed's 2% target.

Higher prices for food and shelter made up half of the increase in the overall rate, with consumers feeling the pinch when shopping for daily essentials. And it isn’t over. Prices are expected to continue to rise as Brent crude oil shoots above $80 a barrel, putting pressure on prices at the pump.

So, why is any of this happening?

Well, the Fed believes that inflation is “transitory,” meaning that it’s a short-term consequence of post-pandemic economic reopening with supply chains getting gummed up due to robust demand (fueled, in part, by $10 trillion of global stimulus). However, that isn’t convincing everyone.

Billionaire investor David Einhorn says that he’s “not in the transitory-inflation crowd”, arguing that capital is being allocated to software companies and not companies that make regular products, leading to structural shortages and higher prices for everyday items.

All eyes turn to the Fed as JPow’s mantra that inflation is “transitory” is looking less and less convincing....

You can avoid inflation by being more selective about what you buy. For example, I no longer need food, gas, clothes or a roof over my head. 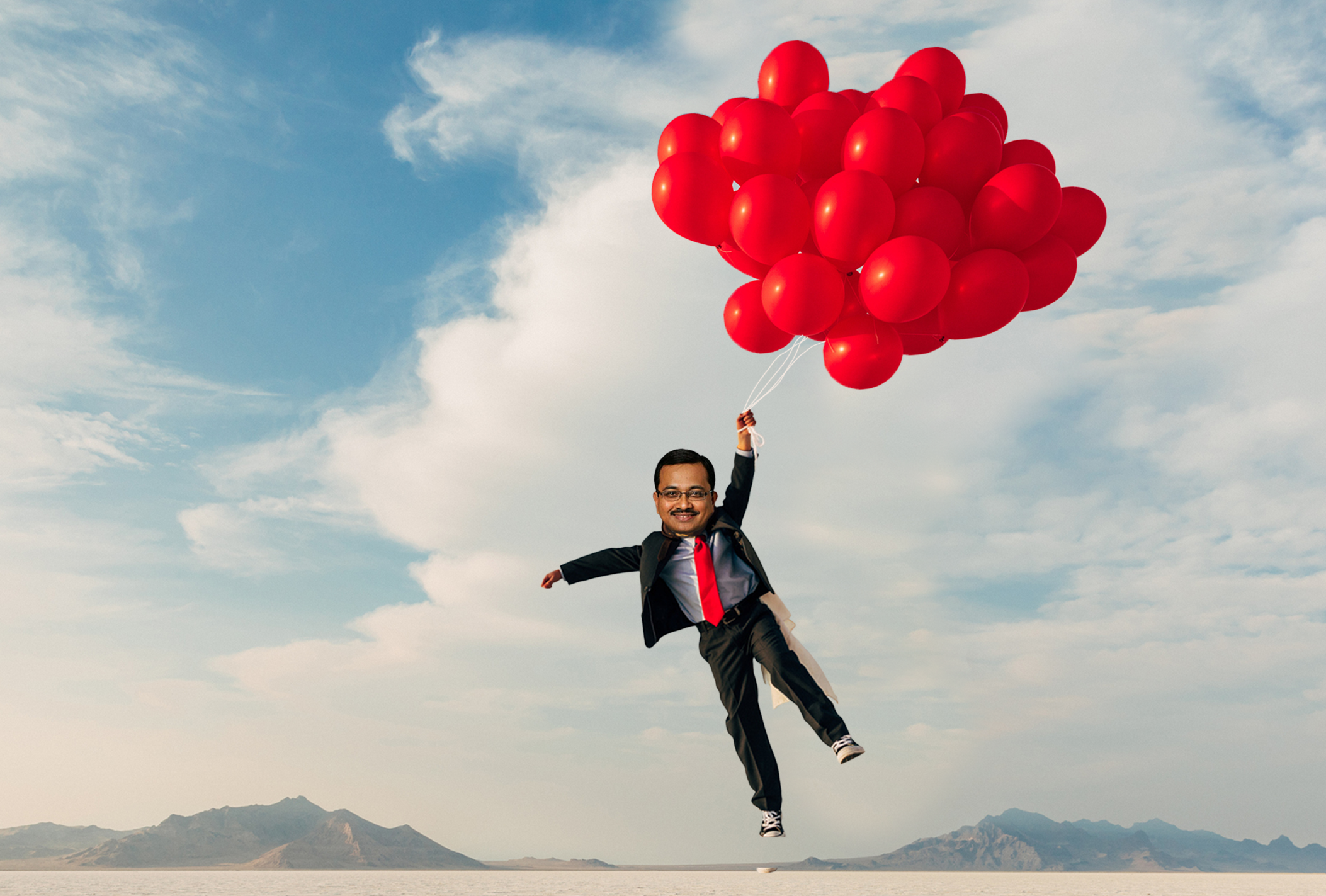 If there’s one thing I’ve learned from meaningless hours of small talk, it’s that we all hate our jobs. But nobody ever seems to do anything about it… until now.

The number of people quitting their jobs hit a record high of 4.3 million in August, with the majority of the increase coming from the accommodation and food services industry. At the same time, hiring fell the most that it has in eight months, with more than 10 million vacancies in the economy. Businesses are operating at record levels of demand, with the lack of workers exacerbating supply chain issues throughout the economy and making goods shortages and inflation ever more present.

Analysts have suggested that the rise in resignations has been fueled by COVID-19 worries, particularly in the South and Midwest regions. However, quitting is normally seen as a sign of job market confidence, underscoring the idea that inflation may continue to pick up as companies scramble for workers to fill shortages.

All of this makes sense, though, if I had to speculate, after more than a year of lockdowns and stay-at-home restrictions, people are starting to realize that life is just too short to be doing a job you hate.

"Deal-making activities worldwide could hit a record $6 trillion by the end of the year as businesses continue to embrace cheap financing and the pandemic recovery, says KPMG."

The post-pandemic recovery and low interest rates have turbocharged mergers and acquisition activity across the globe, with total volume surpassing $4.3 trillion this year, up from $3.6 trillion in 2020 and expected to hit $6 trillion by the end of the year, according to the folks at KPMG (I still don’t know what KPMG stands for).

So why is this happening? Corporate investors and private equity firms are sitting on a mountain of dry powder that wasn’t used during the pandemic. With interest rates still substantially lower than they were pre-COVID, funding is cheap and there’s a real search for yield being addressed by ever larger deals.

The other piece of the puzzle is Special Purpose Acquisition Companies, or SPACs. This novel alternative to a traditional IPO or direct listing has seen a mega revival over the past few years, with the number of SPAC IPOs in 2021 already nearly double that of 2020 — and nearly eight times the number raised in 2019.

If anyone would like to take Dr. PP public via SPAC please send me a DM…

Everyone loves bitcoin. That is… apart from Jamie Dimon.

The J.P. Morgan CEO spoke at a recent Institute of International Finance event to proclaim that the popular cryptocurrency is “worthless.” This isn’t the first time that he’s spoken against bitcoin, however. The comment follows Jamie Dimon’s long-held bearish stance on bitcoin, calling it a “terrible store of value” in 2014 and a “fraud” in 2017.

Professional soccer player Alex Crognale disagrees, however, and in a bold stance against central banks and JPow’s money printer, decided to receive a total of 15% of his salary in bitcoin, facilitated via bitcoin payroll service Bitwage.

The move follows another major league soccer player, Toronto FC’s Ifunanyachi Achara, taking roughly half of his salary in bitcoin to store value and send money to his family in Nigeria.

Bitcoin appears to be picking up steam, and Jamie Dimon’s stance hasn’t aged well, to say the least. As adoption becomes ever more prevalent, it is very possible that we might see J.P. Morgan employees receiving a portion of their own salary in bitcoin, and possibly Jamie Dimon himself ;) 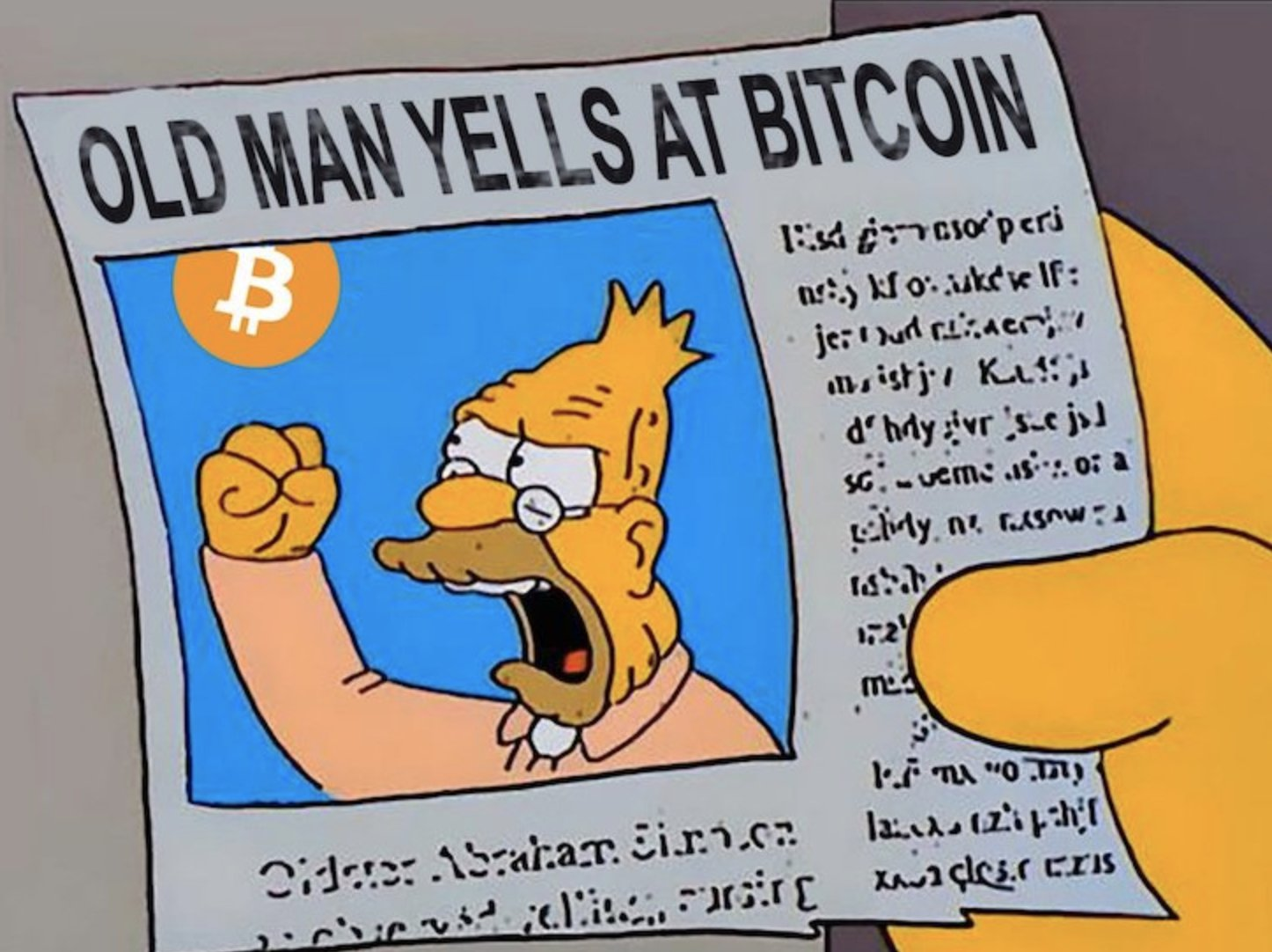 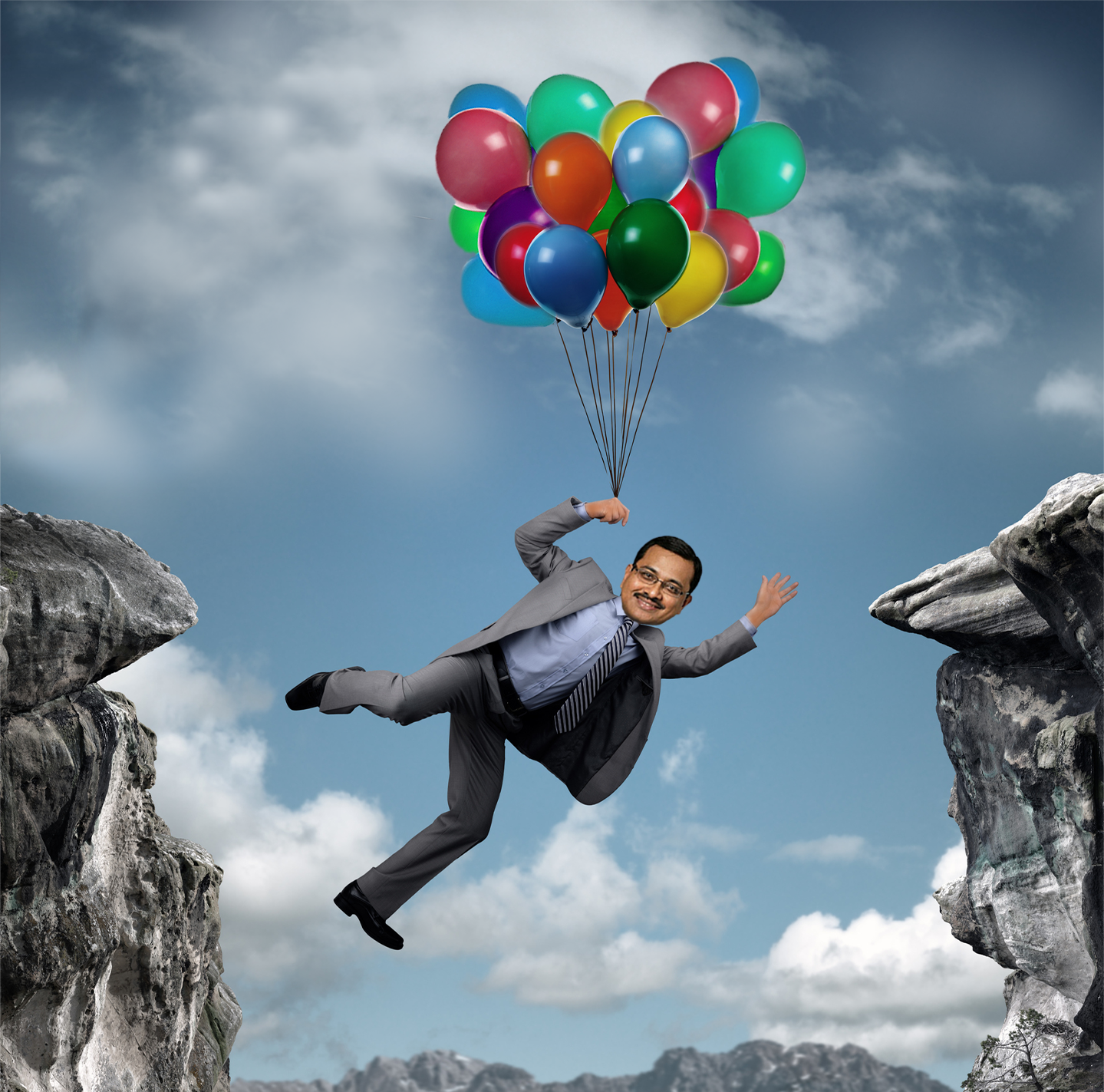 Inflation isn’t transitory. Or maybe it is. The Fed doesn’t really know, economists don’t seem to know, and I sure as hell don’t know. Labor shortages across the board, coupled with other supply chain constraints and record demand, are propelling prices upwards, and there’s not much to suggest that it’s going to abate. With the economy recovering and rates so low, M&A activity is through the roof and private equity is partying like it’s 1998.

But not everyone is so full of glee...

With global stimulus fueling the Fed’s balance sheet expansion, the case for bitcoin as a tail hedge against hyperinflation is becoming increasingly convincing — and some employees are choosing to take home a part of their salary in crypto.

Now that all sounds a bit depressing, so here are a few memes to cheer you up:

Still the best of the best.

If Nancy told the US Government how to invest we wouldn’t have to raise the debt ceiling.

Thanks for reading, and stay tuned for a fresh newsletter next week!