On the eighth anniversary of DOGE's birth, the man also known as "Shibetoshi Nakamoto" shares his unfiltered thoughts about the "shady" world of memecoins. 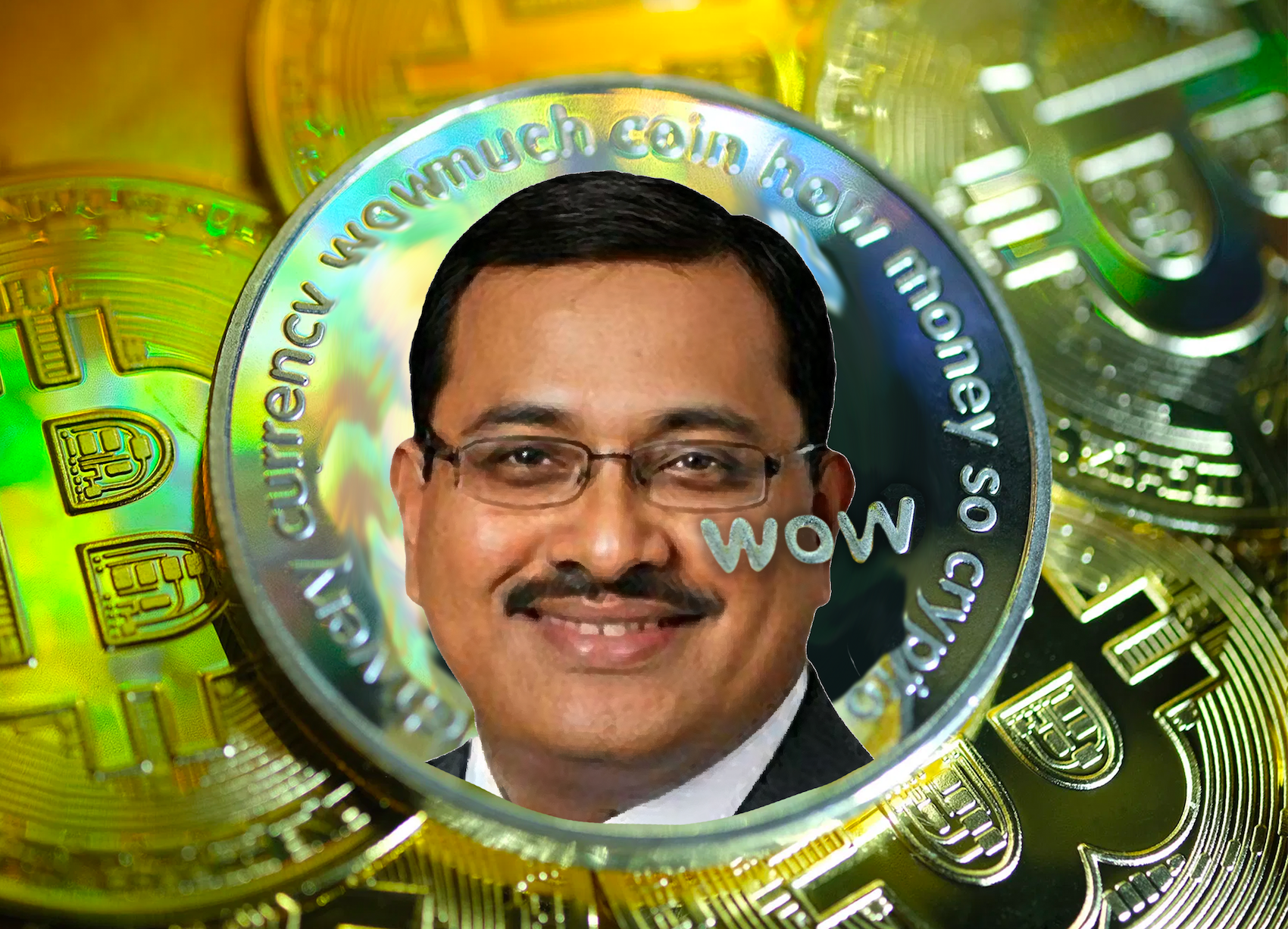 I’ve been told that I have a particularly special insight into the world of finance and memes, so I decided to set up this newsletter to share my thoughts on the latest news, memes, and everything in between! Expect a newsletter at least twice a month, and follow me on Twitter for more updates and daily musings.

Also, I have new Dr. Parik stickers available in the Bullish Studio Store. Get yourself a sticker sheet here while supplies last!

For this week’s newsletter, I’m taking a break from the regular column and interviewing Billy Markus, the co-creator of the world’s most popular meme cryptocurrency, Dogecoin. And what better week to do it? On Wednesday, we celebrated the 8-year anniversary of the first block of DOGE being mined.

Billy, better known as “Shibetoshi Nakamoto” on Twitter, originally created DOGE as a joke to satirize the shadier aspects of the crypto scene. But, in an ironic twist of fate, the coin blew up and now has close to a $25 billion market cap, as well as support from some of crypto’s biggest evangelists like Elon Musk. Still, Billy and dogecoin co-creator Jackson Palmer dumped their DOGE holdings early on, and both are skeptical about the evolution of cryptocurrency at large. The majority of “crypto doesn’t solve inherent financial inequality; it’s now just part of the system,” Billy says, and he’s quick to point out some of the hypocritical aspects of the space.

So, on this holy DOGE anniversary week, I wanted to talk with Billy and learn more. In an interview, we discussed his motivations behind creating the cryptocurrency, his Twitter bromance with meme lord (and the richest man in the world) Elon Musk, his views on crypto as it currently stands, and what he has his sights on next. Continue reading below to get the full scoop. 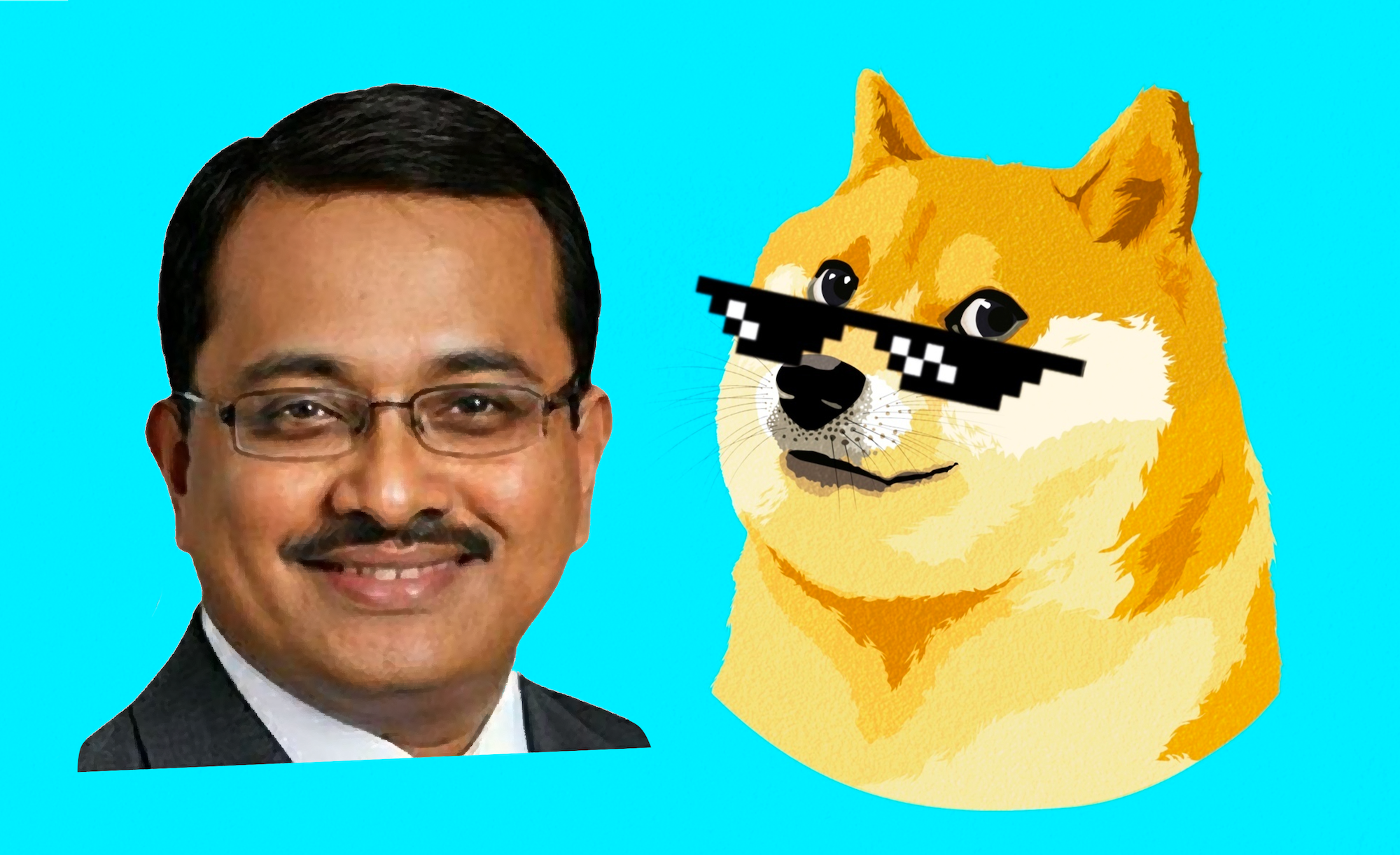 Dr. Parik: Can you talk about how Dogecoin came to be? Was there an initial spark or motivation to create it (I’ve read that you and your co-creator originally made it as a joke)? How did you go about creating it, process-wise?

Billy Markus: Back in 2013, I noticed that there were tons of ridiculous “clone coins” in the cryptocurrency scene that had over-the-top marketing, acting like they were going to take over the world. I figured they must be easy to make because there were so many dumb coins, and I found a guide online for how to make one, and sure enough it was very simple to make.

On the other side of the world in Australia, Jackson (my co-founder) drank a beer and thought it would be funny to buy dogecoin.com, but didn’t know how to make a cryptocurrency. I stumbled on the page from some Bitcoin IRC channel and just thought, “Oh man, I have to make this happen.”

So basically, it was just intended to be stupid — a satire on how ridiculous the cryptocurrency space was. And here we are eight years later…

How did you go from mining the first block of DOGE to it becoming a cryptocurrency with a $24 billion market cap? Did you ever expect that kind of meteoric rise? When do you think dogecoin really developed its groove and why did that happen?

My expectation was for people to get bored of the joke in at most a few months, but that didn’t turn out to be the case! I think a ton of factors have gone into dogecoin’s rise and popularity over time — the rise of an organic, fun community; the degenerate gambling culture around stocks and crypto that has developed after GME; and just that doge itself is the best meme in history. It’s all been pretty wild. 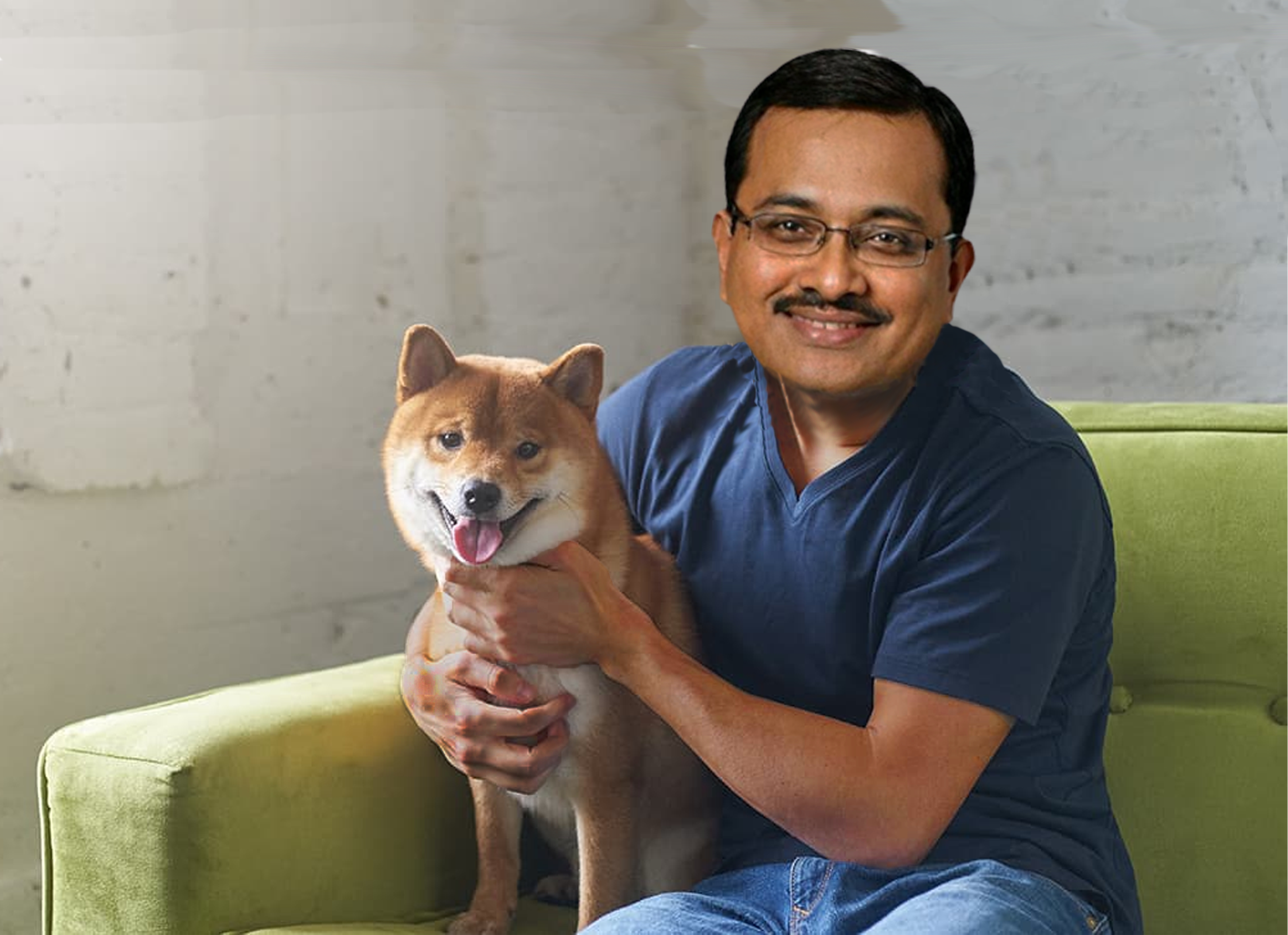 You sold your DOGE before its meteoric rise, right? Do you regret this in retrospect? Did you ever buy back in?

I mean, of course missing out on potential millions doesn’t feel great. I don’t really buy crypto much anymore cuz it’s such a gamble, but this year I did buy a little doge — once during a big dip because I thought it would bounce back, and once just to try out Robinhood wallets when they eventually get released.

Your co-creator Jackson Palmer recently stated that he’s turned against crypto, believing that it’s controlled by a “powerful cartel” of wealthy figures. What are your thoughts on this?

I think people with more money have more influence on things controlled by money, so it’s not a particularly surprising take. Crypto doesn’t solve inherent financial inequality; it’s now just part of the system. Jackson sees the same things I see, I’m just more whatever about it. There’s some interesting things happening in the crypto space, too, it’s not just black and white negative. If you focus on only the bad of anything, anything can be bad.

money is just a collective delusion

The crypto space is abound with memecoins and shitcoins that never quite took off. What do you think separates DOGE from the fold? Could you touch on the community around DOGE, and how it’s less elitist compared to other crypto?

My only real desire for the DOGE community is that it understands the crypto game and is able to navigate the ups and downs better than other communities. The game is pretty obvious from the more shady communities, and DOGE has no centralized marketing budget derived from taxes on transactions or pre-mining. It’s actually successfully a decentralized cryptocurrency that can be used the way cryptocurrency is supposed to be used, rather than a pyramid scheme that many people want it to be.

Thus, the excitement from the dogecoin community comes from an organic place. All the positive energy comes from people in the community working hard as a group, and even the devs are community member volunteers. It’s much less shady than a lot of the things that have come after it, which are polluting the space. And considering that DOGE was intended to be a satire on that very thing, I find it pretty ironic…

investing in crypto is like dating a hot but crazy person

What’s your crypto portfolio looking like now? What coin is your largest holding?

Since I’ve been selling NFTs, by far my largest holding is Ethereum. DOGE is second, mostly from the generosity of people tipping me, and a small bag I bought. I don’t have much else.

DOGE is about to celebrate its 8-year anniversary. Where do you expect it to be at its 10-year anniversary? How about it’s 20-year? So much has happened in the last eight years, but do any milestones stand out to you now?

No idea where it will be; no one knows anything in the crypto space. Most of the coolest milestones happened in the first year, things like large donation drives to charity or ridiculous things like the Dogecoin x NASCAR collab. I do like what Teamseas is doing to help clean the oceans, and you can donate to their efforts with DOGE.

you’re not a crypto veteran until you are dead inside

I noticed that Elon Musk follows you on Twitter and you guys interact with each other pretty frequently. How did that bromance begin and what’s been your favorite interaction with Elon so far?

Elon has supported Dogecoin for a while now. As he has said, fate loves irony, and I think he likes the idea of something that started as a joke becoming a major player in the space and actually solving problems that the serious coins haven’t. I mostly just make jokes and post memes and make fun of stuff on Twitter, so I guess he found some combination of that amusing!

Recently, I enjoyed when I made a joke tweet about how the shady crypto space hasn’t really changed in eight years, except now there’s JPEGs, and he responded with a JPEG pun. That was pretty entertaining.

crypto has changed a lot since 2013

back then it was full of scams, charlatans, shady exchanges getting hacked all the time, flash crashes, and delusion 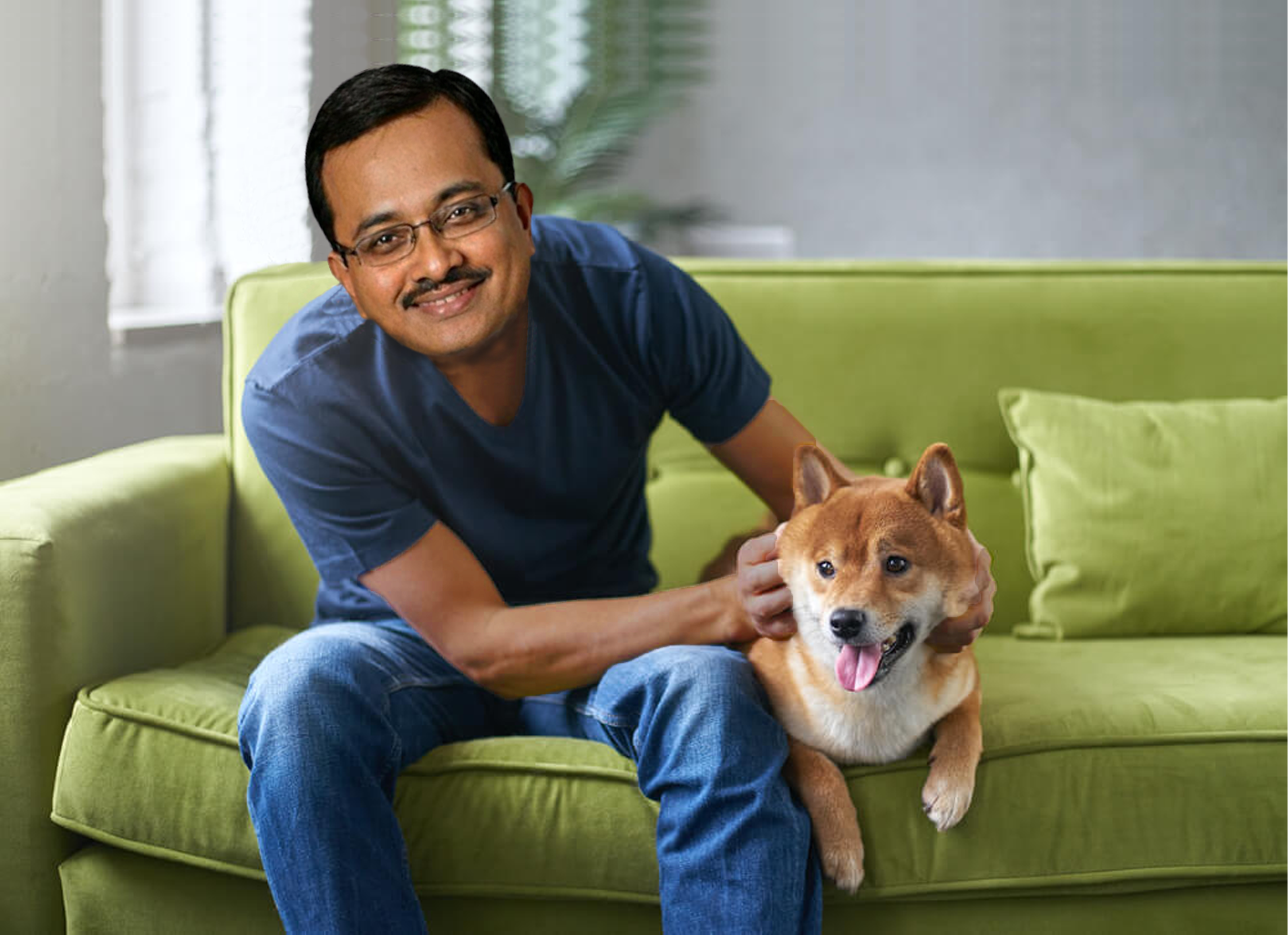 You have become something of a meme king yourself, amassing more than 850,000 followers on Twitter and labeling yourself ‘Shibetoshi Nakamoto.’ How do you come up with your tweet ideas and what inspires your humor? How would you describe your Twitter vibe to someone unfamiliar?

My brain just wants to make fun of everything and not take things so seriously, especially in this space because it’s so ridiculous. Mostly, I just post whatever comes to my head, and if I’m less lazy I’ll make a meme because that conveys certain ideas better.

I think many people don’t really get that I’m joking most of the time. There’s plenty of stuff to make fun of in the crypto space. I just want people to embrace the ridiculousness of it all and not get caught up in the boring drama. Seeing the humor is better for people.

the best thing about social media is the memes

the worst thing about social media is the opinions

What’s the best perk of being famous on social media and beyond? What about the worst part of getting so much attention?

My brain likes the dopamine, but that’s about it for perks. I would generally say being a semi-public figure is terrible. The worst part is the unhinged and untreated mental illness that gets directed at me. I left the scene before due to a bunch of death threats from lunatics, and now that I’ve returned, I’ve been very cautious about not signing up for any responsibility and not being very accessible. I very much value my privacy for both my sanity and my safety. There’s still quite a few untreated mentally ill people in the DOGE community that do nothing but try to tear down anyone doing anything productive and will basically ruin the community — and already have done so to a large extent. But I expected that, so I’m not surprised. It’s just kinda sad and pretty boring to see people being so self-destructive to their own interests.

Do you have an all-time favorite tweet from someone other than yourself?

As someone who made money off GameStop, Dogecoin and a lottery ticket this year, the best financial advice I can give you is to just be a fucking idiot.

What do you have planned next in the crypto (or meme!) space? Can we expect another memecoin from you in the near future? What about other projects you’re involved with outside crypto?

I will never make another cryptocurrency again, and I recommend no one else makes one. New tokens generally don’t need to exist, unless someone really enjoys being harassed by entitled and/or unhinged people. Otherwise, other than dumb tweets and selling art NFTs, I have a regular job as a software engineer making educational software for kids.

Within crypto, I do have interest in blockchain games, as I have been a gamer all my life. I would like to take some time to explore what I could contribute to that space, but time is hard to come by these days!